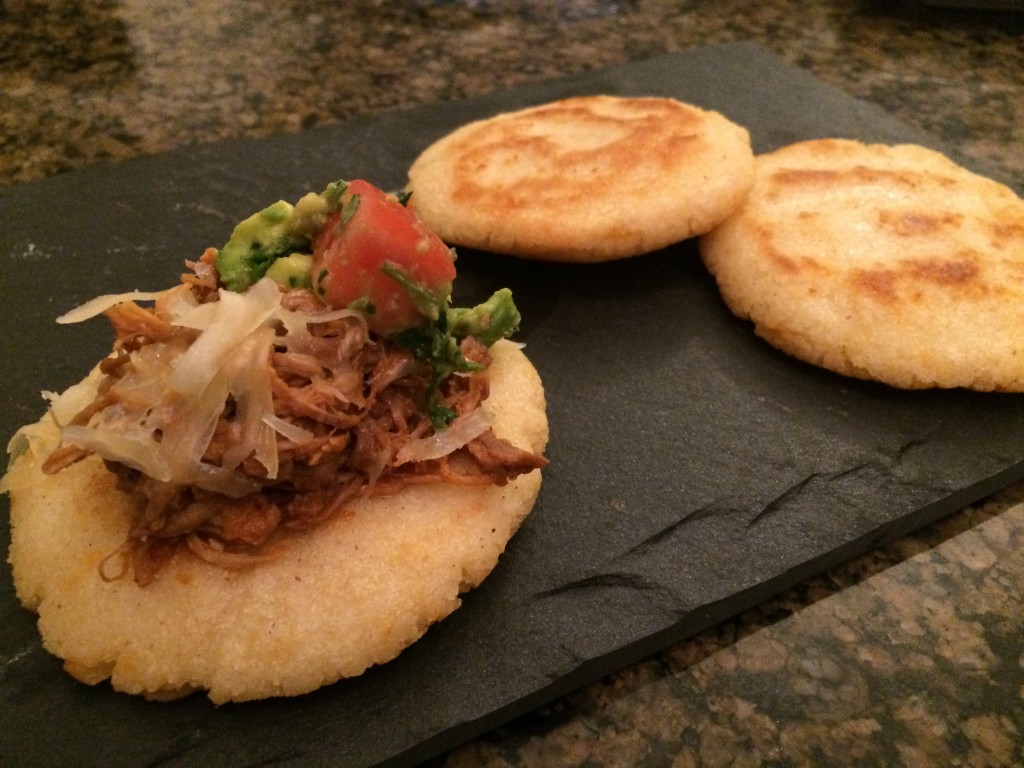 When I backpacked South America in 2009, the first country I started in was Colombia. I instantly fell in love with a street food dish called arepas. Early in the morning I could find women in the streets fanning the coals to cook the thick maize patties over a grill. I often grabbed one or two before jumping on a bus, filling my belly for an unpredictable journey ahead.

In the evenings there were often street vendors selling arepas sliced open and stuffed with pulled pork, cheese and salsa. It was five weeks into the trip when I learned that areapas were a Colombian dish, and I would not find them as I headed south towards Ecuador, Peru and Bolivia. Had I gone north, I would have been content with the Central American pupusa, but alas I went without for the next six months.

With so many Latin American stores around Edmonton like Tienda Latina,  it is easier to find pre-made arepas, or find the ingredients you need to make them at home. Like those arepa-like pitas I had on the streets of Colombia, I like to pair this dish with a simple pulled pork slow cooker recipe.

Knead dough a few times in bowl, then divide into 8 pieces. Roll each piece on work surface into a ball, then gently flatten to about ½” thick.

Turn on the broiler. Line a baking sheet with parchment paper.  Arrange arepas on foil and cook about 4 inches from the heat source, turning once, until both sides are golden brown, about 8 minutes per side.

Split each arepas and stuff or top with desired pulled pork and desired fillings such as chopped avocado, tomato, additional shredded cheese, and cilantro.